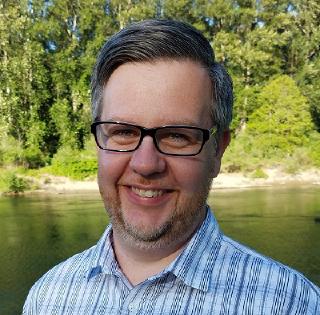 Born and raised in the north east of England, home is now the Pacific Northwest of the United States.

I’m a full-time writer and educator. I write historical fiction, science fiction, and fantasy. Sometimes I even let other people read my work.

The “Month of Lunches” series from Manning Publications guides you through 21 lessons which, give or take, should take about 45 minutes to an hour to complete.

I wrote “Learn Azure in a Month of Lunches” to tie together a lot of concepts and address common misunderstandings around the Azure platform. With so many service and features, I wanted to teach ways to build secure, resilient, and modern application environments in the cloud.

Both the first and second editions of this book were licensed and redistributed by Microsoft.

You can buy “Learn Azure in a Month of Lunches” through Manning Publications or on Amazon.

The first edition was published in August 2018, and the second edition was released in July 2020. Life moves fast in the cloud.

Ed Harris is a shy, unassuming 20-year old from southern Kansas, wanting to avoid the raging war in Europe in 1943.

Joining the US army air force, Ed hopes to serve his country as a maintenance mechanic on one of the great four-engine bombers - the mighty Boeing B-17 “Fying Fortress”.

Now struggling to survive after being deployed and finding himself in a fight he never prepared for, Ed tries to return home safely and back to his family and loved ones.

This upcoming book is due to be published by Roker Press in the fall of 2020.

The Pacific Northwest has a rich and vibrant history that owes a lot to the expansion of the transcontinental railroads. The Union Pacific first created a railroad link to the Pacific Coast, but the story of how not one, but three, railroads all converged into the Seattle-Tacoma area, shaped many aspects of modern life.

Three major railroads, the Northern Pacific Railway, the Great Northern Railway, and the Chicago, Milwaukee, St. Paul and Pacific Railroad, each laid thousands of miles of track from the upper midwest to the Pacific Northwest, and competed for a slice of lucrative new farming and logging markets, and trade from the Orient.

Their lasting legacy became what is now the BNSF Railway Company, the largest freight railroad in North America. The original railroads supported immigration across the northern states in the late 1800s and early 1900s, and created many of the large farming and logging communities such as Wenatchee apples, Yakima hops, and Weyerhaeuser logging.

This upcoming book is due to be published by Roker Press in 2021.

My digital homes over the years have been almost as varied as my physical ones. For a long time, I pretended to be a photographer. I have some friends that were truly passionate about their craft, going on to win awards for their digital media with both still photos and through film. Like, Discovery Channel award winning. I’d build an online portfolio every few years that I was proud of, then realized it would come to nothing. Read more
All Posts

Want to get touch? I’d love to hear from you. Use the following email address or social platforms.